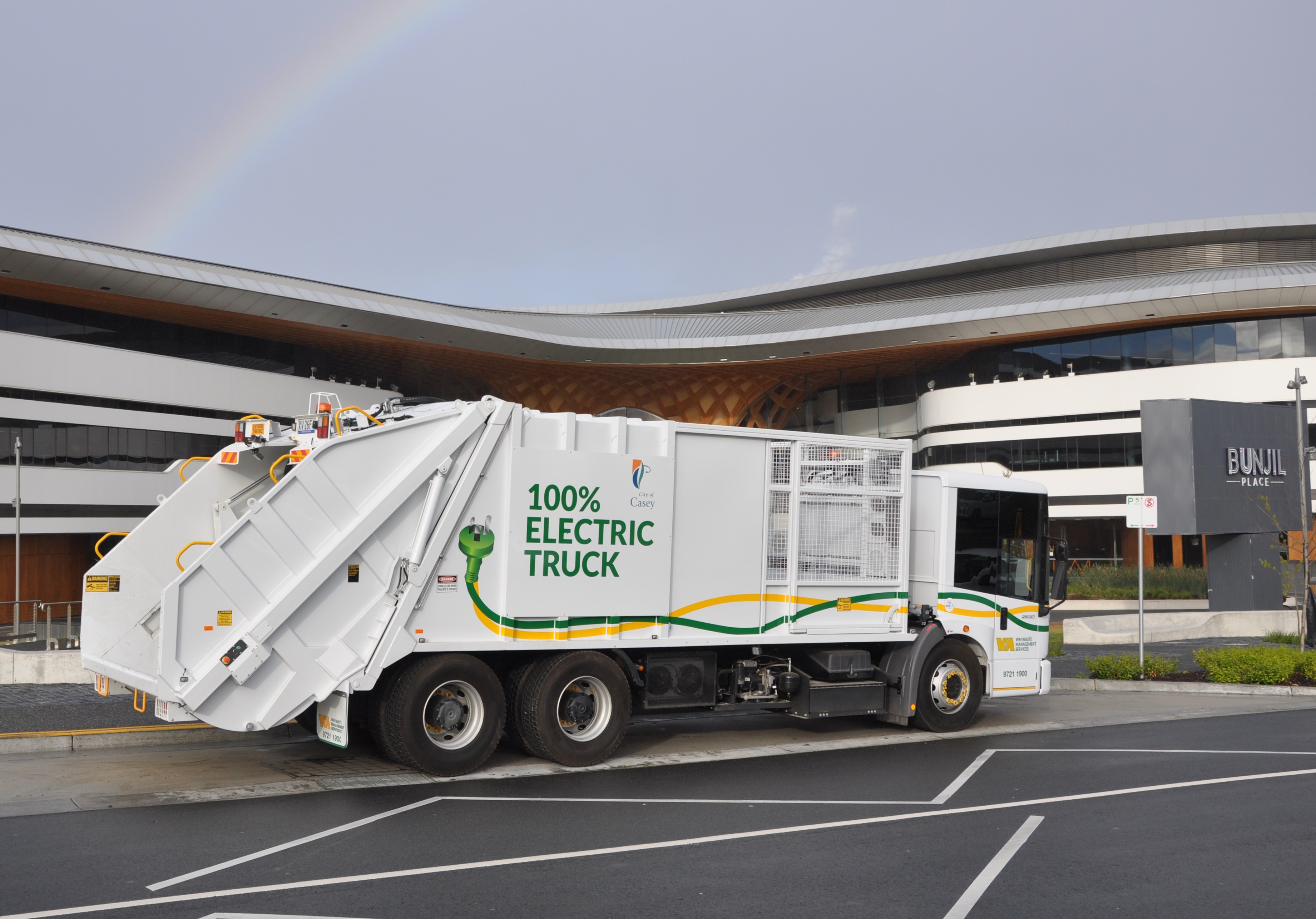 Both WM Waste’s Managing Director, Mark Jeffs, and City of Casey CEO, Glenn Patterson were on hand to discuss the performance of the new Mercedes Electric Vehicle and how it has benefited the Casey council and residents. 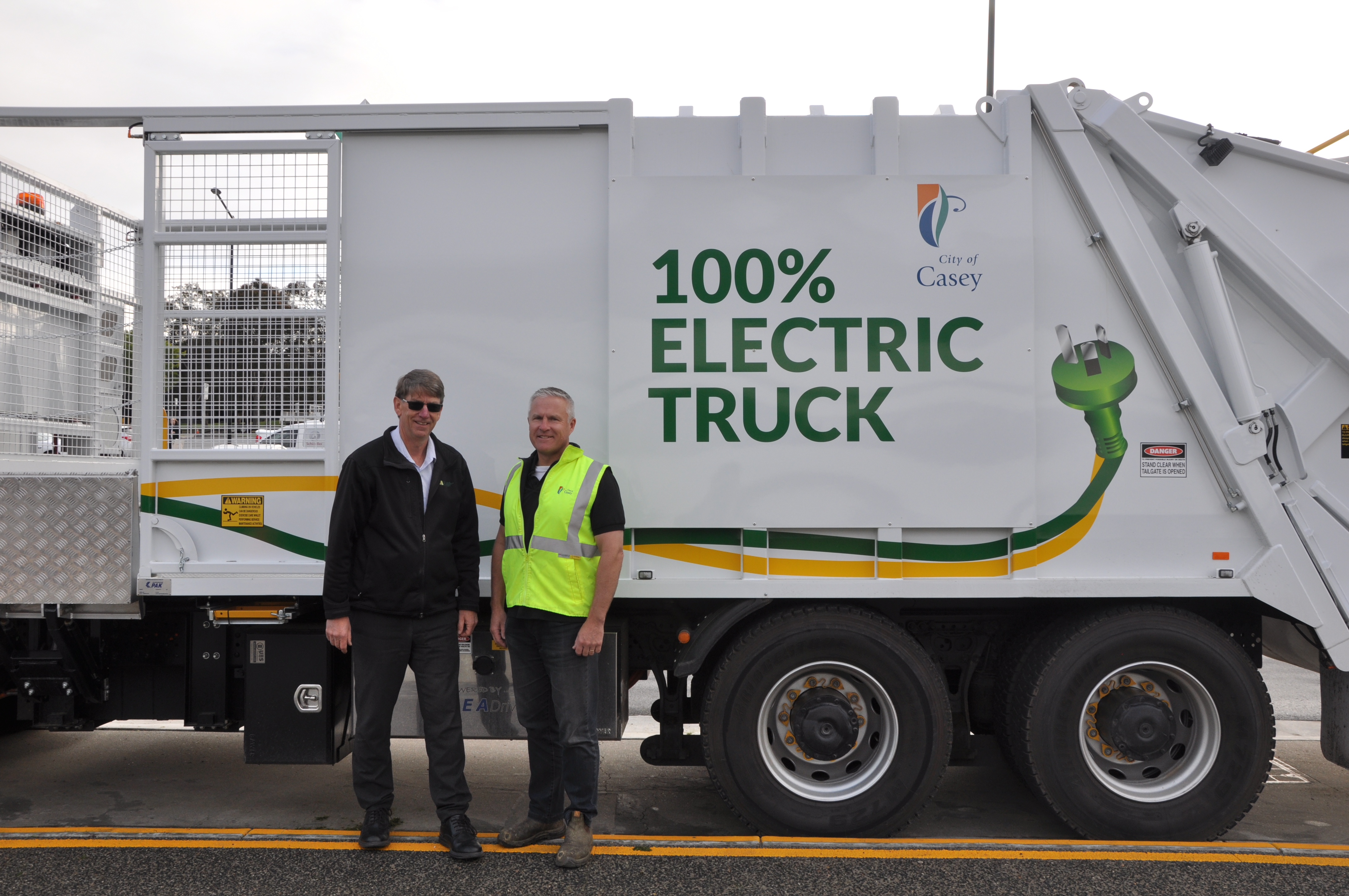 It is estimated that each load of waste taken by the electric trucks saves approximately 180kg of carbon dioxide from being emitted into the atmosphere in comparison with an equivalent diesel truck. The trucks are entirely electric-powered, with no fossil fuels used during operation, and contain cutting-edge battery technology allowing them to operate for up to 250km on a single charge.

The electric trucks also have a number of wider environmental benefits. The exhaust pollution created by regular vehicles is eliminated, allowing for cleaner air in suburban homes and streets. Another benefit of the electric engine in the WM electric truck is that it is almost silent compared to an equivalent diesel truck. This has the further effect of reducing noise pollution and allows the residents of the City of Casey to sleep for longer in the mornings when the collection trucks arrive. 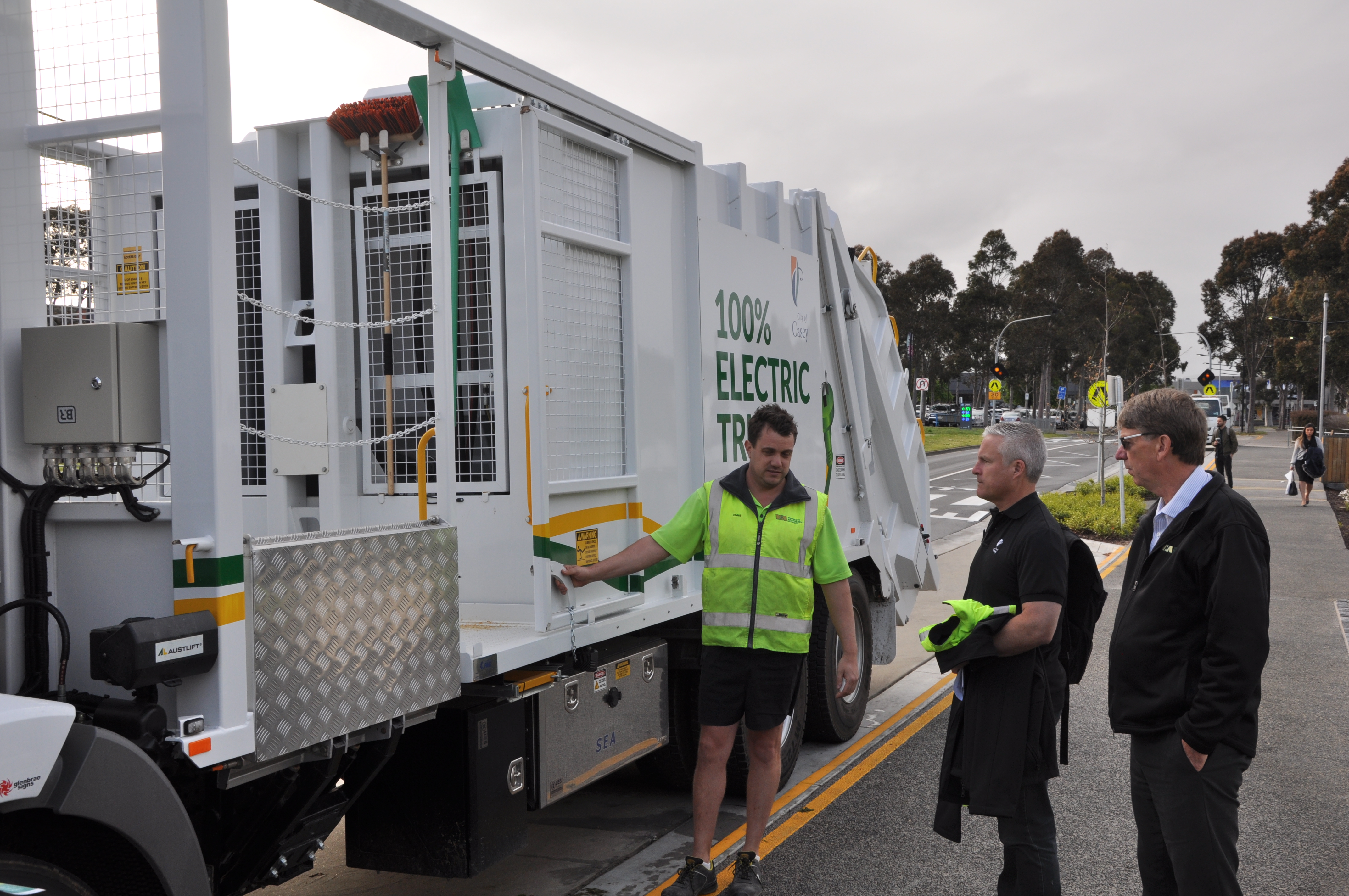 WM Waste intends to expand its fleet of electric trucks in the future, intending to spread the environmental benefits of electric waste collection throughout more communities in Victoria.

For more information on WM Waste Management Electric Vehicles, please read some of the articles below:

I've booked the hard rubbish collection for today.
Just want to tell you that everything was brilliant, quick and professional.
Thank you very much

Passing on a thank you to WM Waste who went above an beyond on Monday morning in Yarra Glen.

As they were removing items from fop they assisted carrying a heavy TV which resident had been unable to place out the front. They were very helpful and went out of their way to assist in a happy efficient manner.

I would like to express our thanks for the prompt collection of our hard waste.
We initially had a misunderstanding re our eligibility of booking an hard waste collection but that was solved by your very helpful and efficient staff member Ainsley.

We were very pleased to have had our waste, which we placed outside (beside the roadside as there is no nature strip) our address in The Basin over last weekend and it was collected early this morning

Hi, I would like to thank you for my hard rubbish collection. It was brilliant, the collection happened Monday and it was like Christmas

I had a hard-waste collection booked for this week and it was collected this morning.
Thank you for arranging this collection. Dealing with the Council to get information about the collection and the booking was a very easy process and the Council was really helpful. The young men who collected my hard-waste were hard-working and very pleasant and they did the job very quickly and with good cheer.

I wish to compliment the management and work force of the annual Hard-Rubbish collection this September 2020.
In particular, as observed in my area of Surf St Parkdale the collection was made promptly to the advertised schedule and the sequences of collecting the categories of rubbish was thorough and efficient.
An excellent service - well done!

Hi, just wanted to say thank you and offer my compliments to the team doing the hard waste roadside pick up in Reservoir. The team came promptly and acted with extreme efficiency picking up a mountain of household waste in our street before it became a nuisance and turned into a hazard. Well done to all involved!